"The “Africa” search issue ultimately reflects deeper representation problems that date back to the very beginnings of the emoji project. “Apple could simply remove a keyword on their end,” says Jeremy Burge, founder of Emojipedia, an independent website that serves as the de facto online dictionary for the emoji alphabet. “There is a technical solution there, but should there just be more African emojis in general? Would it be less problematic if it were contextualized with other African-specific emojis?”"

Some more emoji research is required (although I don't have an iPhone to do this!). Here are some related links, in no particular order: 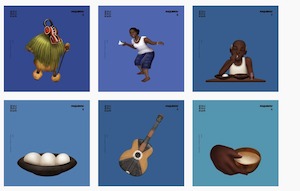